Fully responsive website design for Spikes, which is the edgy and innovative athletics magazine and website that celebrates the new heroes of athletics powered by the IAAF. The aim of the website is to raise awareness of the sport and recognition of the athletes by encouraging discussion through challenging features and profiles.

SPIKES started out as a magazine created to tackle one of the IAAF’s big challenges: How do you get young people interested in athletics? (By tradition, a rather dry, sterile environment where your amateur statistician can truly dine out.)

Now this irrepressible sub-brand thrives chiefly on the web and through a wide range of digital and social platforms – from Twitter and Facebook to Tumblr and Instagram – bringing the sport to life by making heroes of its stars.

I also designed the Spikes China, a Chinese language platform (spikescn.iaaf.org) in preparation for the World Championships. The web page is supported by hosts of Chinese social media platforms such as Sina Weibo and Tencent Weibo – which look like hybrids of Twitter and Facebook, and WeChat, which has 300 million users and is more like WhatsApp with bits of Twitter and, oddly, Tinder. 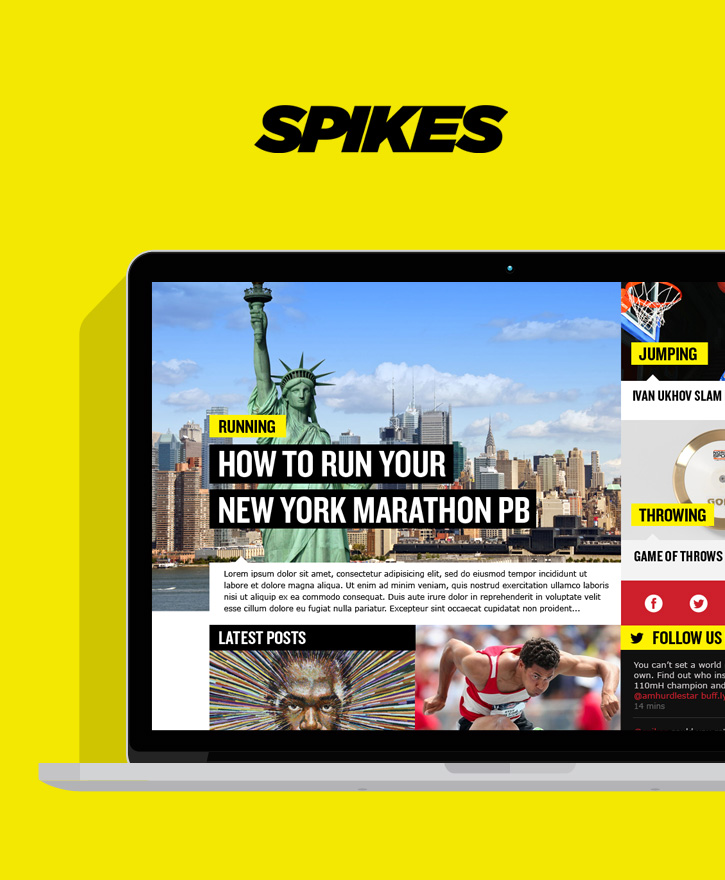 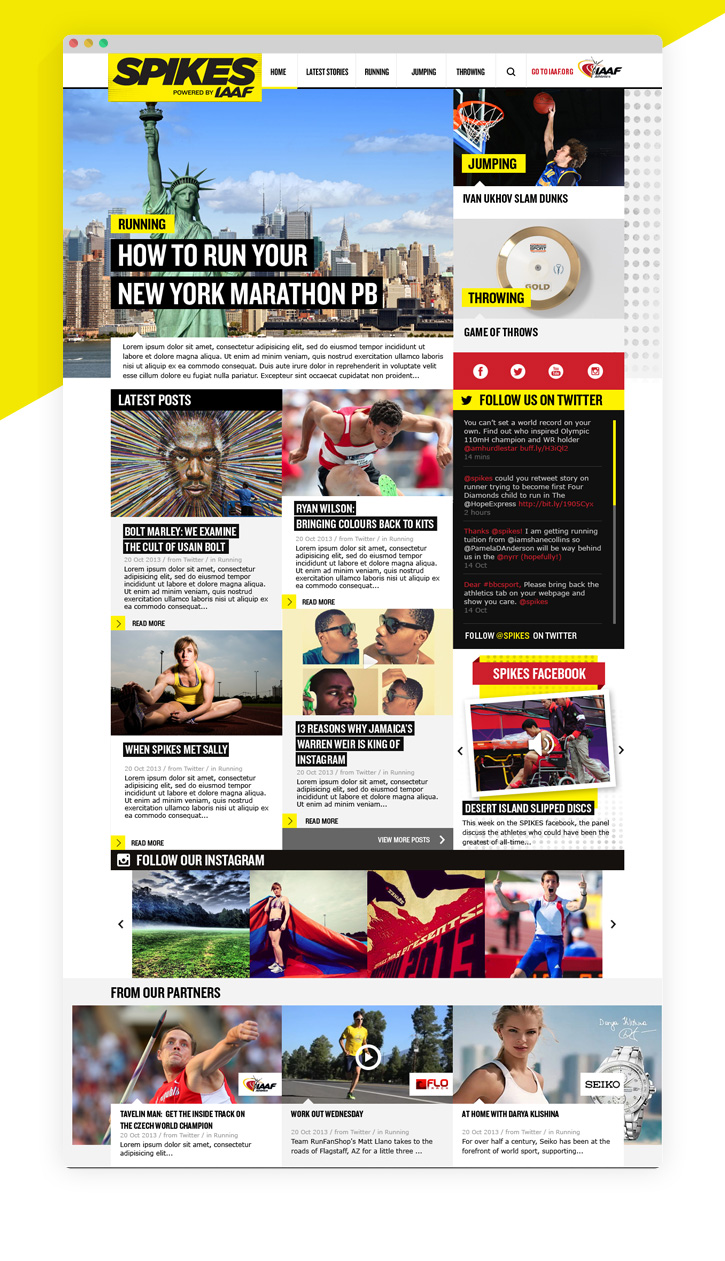 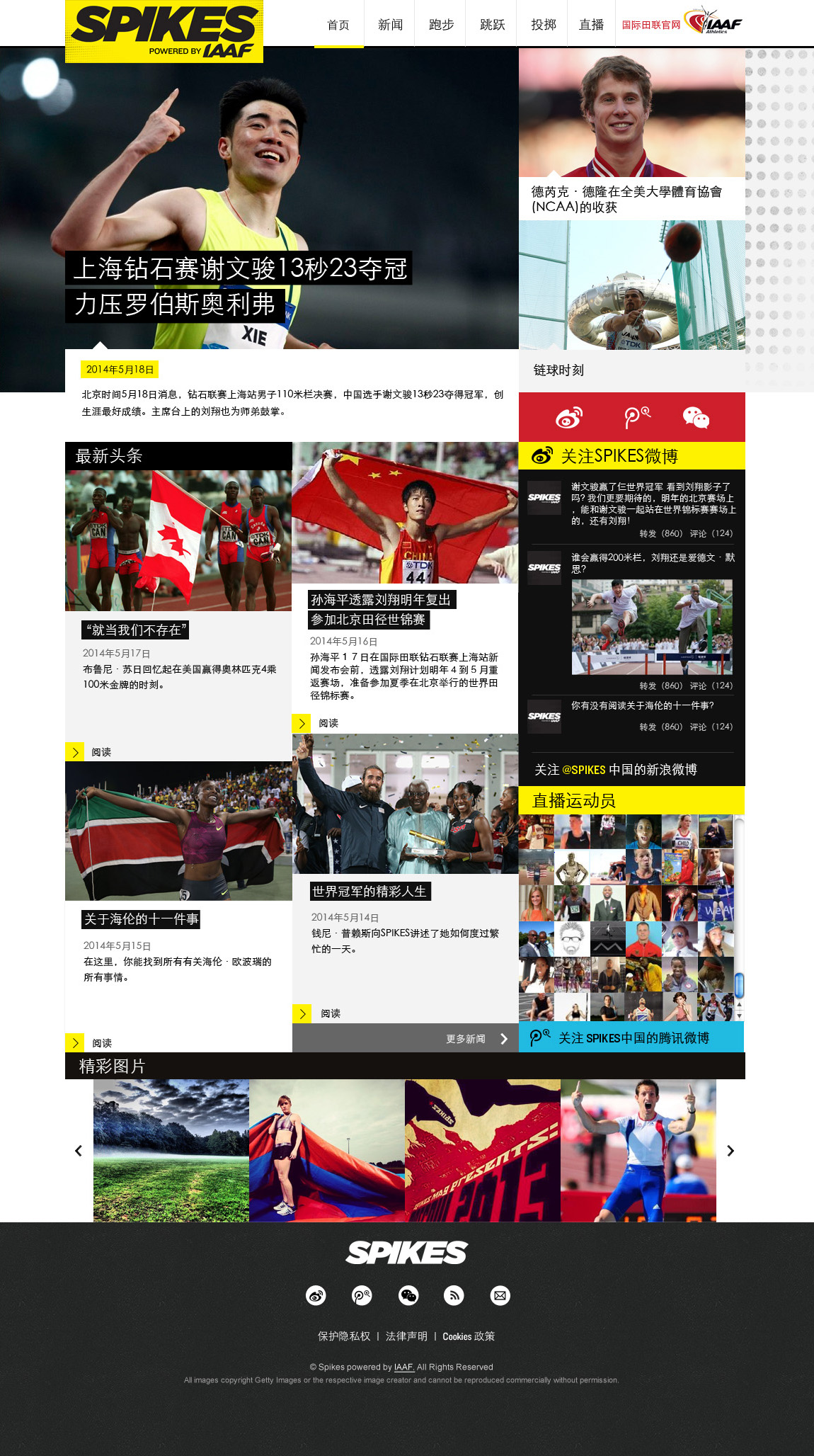 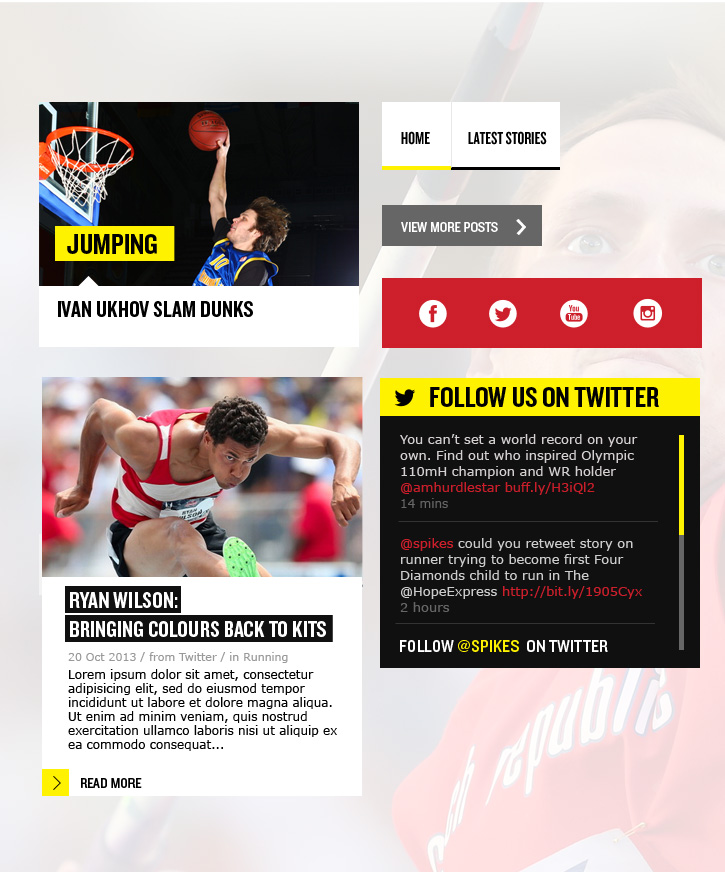